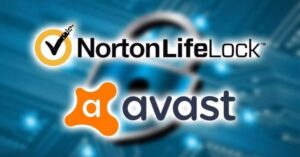 Avast and AVG are in the midst of being consumed by NortonLifeLock (formerly known as Symantec). They are in advanced talks to merge to create the world’s largest cybersecurity company. Both of companies have confirmed that talks are taking place, with Avast announcing that the deal would be completed in one part cash and one part stock.

Norton and the Avast AVG brands may end up merging as AVG is part of the Avast portfolio now.

Avast merged with AVG, and both companies pioneered freemium antivirus, offering free protection and additional paid features. By the end of 2020, they had 435 million active users, of which 16.5 million pay for additional features. The pandemic has made them grow even more due to the increase in computer sales.

They would be the undisputed leaders in the antivirus market dwarfing others.

One of the most curious features that Norton has launched on the market has been the possibility of using the antivirus itself as a tool for mining cryptocurrencies, with a wallet integrated into the program itself. With this, they seek to prevent users from mining with programs of dubious origins, and which may be stealing part or all of the money mined if it has been downloaded from unreliable sources.

Under UK law, NortonLifeLock has until August 11 to make a takeover offer to Avast to buy the Avast and merge two companies into one, and the figure is certain to be between $8 billion and $10 billion. The company is still estimating the size of the offer for all of Avast and its subsidiaries and reserves the right to vary the form or final outcome of the merger. They have not said anything about whether they will keep Avast free or that of AVG, but hopefully, they will.

The merger will benefit NortonLifeLock the most, not only because it will merge with the antivirus company with the largest share, but because the company has its largest worldwide share of users in the United States, while for example in Europe others like Avast and other regional antivirus have more share.